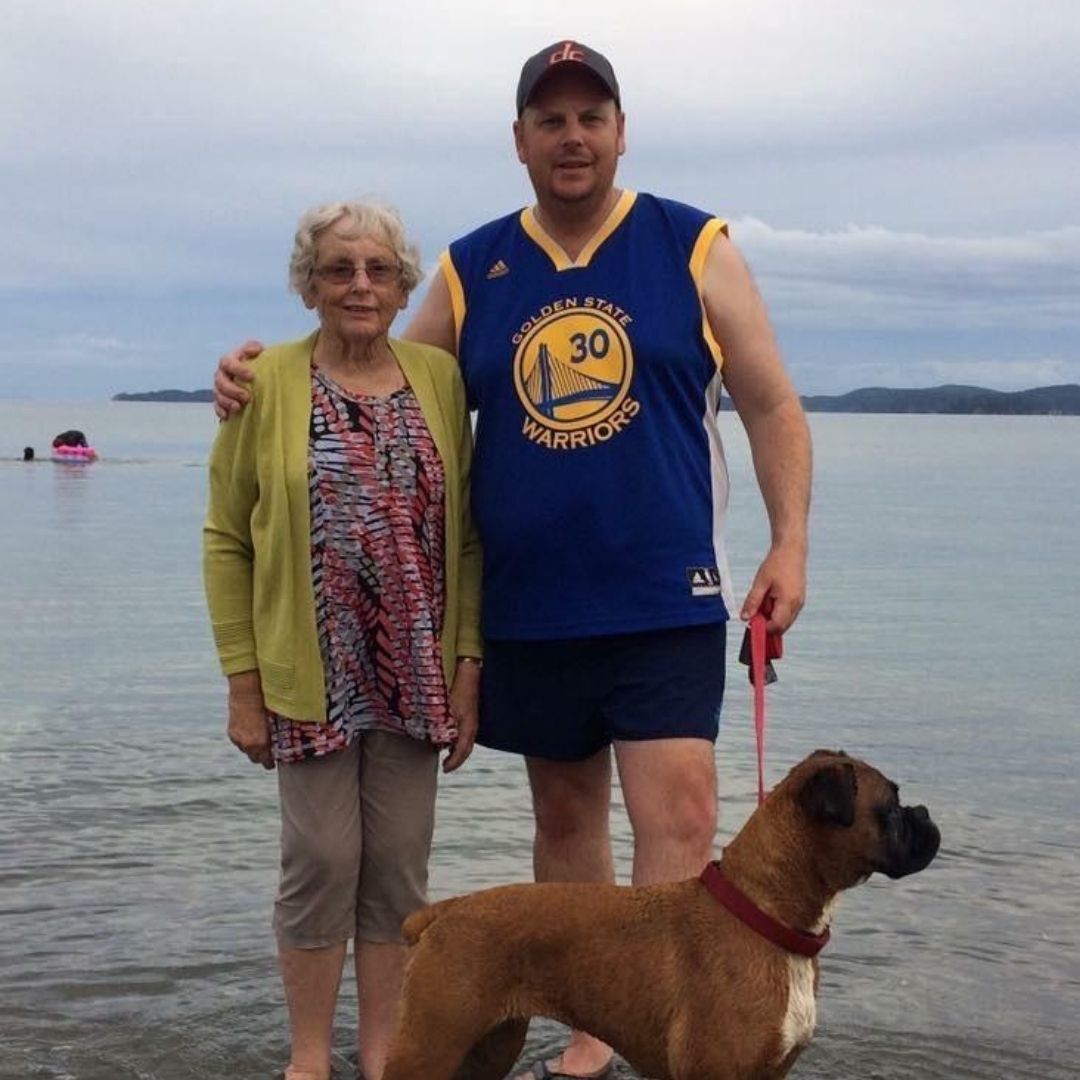 I'm doing this walk, along with my kids, to remember my mum/their nana, who lost her battle with Breast Cancer in April 2018. She was an amazingly strong woman, who inspirationally fought the good fight for us, for a few years after being diagnosed, giving us some extra time to grow new memories with her.

Mum initially got diagnosed after finding a lump in 2013, but as it was “caught early” and she was able to get radiation treatment, the treatment was considered a success and the prognosis was great. She was able to continue working as a Secondary School teacher through until she retired a year or so later. However, very shortly afterwards, and with big plans ahead for her retirement with dad, her world and ours, got turned upside down when one Sunday morning, whilst lifting a bag of groceries out of the car boot, a bone in her upper arm suddenly broke clean through.

Xrays and scans then confirmed the worst, that her treatment hadn't been as successful as had been thought, but rather, had metastasised into stage 4 cancer, having spread to her bones. Being given the new prognosis that stage 4 has no cure, was literally devastating news, and I will always vividly remember sitting there with mum at the hospital receiving the news. I knew little about breast cancer, and so the information made available from Breast Cancer Foundation NZ was very helpful in those early stages as we all tried to come to terms with things.

The following couple of years were riddled with hospital visits, radiation treatment to shrink tumours that kept appearing on the spine and other places, and various drug treatments. Having damaged a nerve in her arm when her arm broke, affecting her hand meaning she was no longer able to drive, the resultant trips to the oncologist became a regular part of live for the family as we all chipped in to help with transport and to attend and support Mum.

Through it all, including some very tough times, the care and treatment Mum received was simply amazing, and the new oral chemo pill she was on, did a wonderful job of extending her time, and allowing us to enjoy some valuable time with her, and for her to see her grandkids get a couple of years older, before she finally had to leave us.