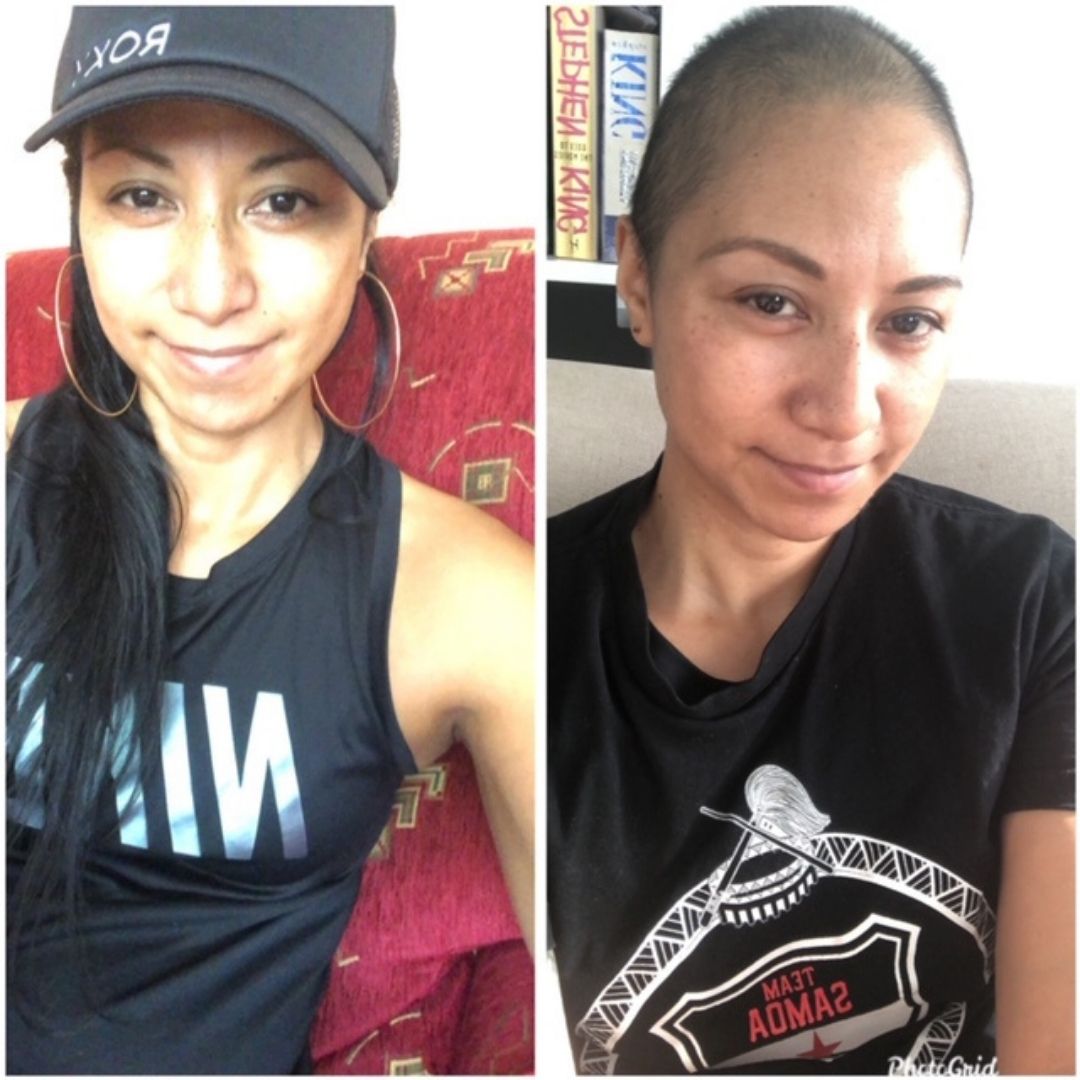 I did the Pink Ribbon Walk years ago to support a great cause and I find it ironic that I'm back again - this time for myself.

This year I thought was going to be epic. I'd just turned 40 in January and things were going great.

In March this year I caught sight of a dimple under my left breast that I had never seen before while facing the bathroom mirror applying deodorant. I didn't think anything of it and thought in my head oh I've probably just pulled a muscle or something random because I was at the gym practically every day, sometimes even twice a day - I'm one of those crazy people who have competed a few times on stage for figure bodybuilding competitions. I've pulled all sorts of muscles doing it for 3 years.

I remember sitting on what I saw for a couple of days after I saw that dimple - then on a whim decided to look up the Breast Cancer Foundation. The signs told me I needed to get it checked out.

I booked an appointment with my GP a week later and she confirmed there was a lump where that dimple was and I should get it checked out. 2 days later I had a mammogram and ultrasound done and during the ultrasound a doctor walked in, introduced herself while I was lying down, took one look on screen at what she was called in for, held my hand and told me in no uncertain terms there wasn't one malignant tumour - there were 2.

Mid-April I had a left mastectomy and reconstruction and bled out on the same day requiring a return to theatre. I recovered just in time to have another call (as this was all during lockdown) telling me the sentinel node biopsy during surgery revealed cancer cells have spread. Cue 4 rounds of chemo finally finishing on the 21st July. And then the last part of my reconstruction was 30th September. There were so many ups and downs in between this story this is the short version.

To date, I'm on long-term meds, have regular appointments, somehow managed to hold down a fulltime job and stay active. But it's been one hell of a surreal year. I can't believe I survived it, but am also thankful for the support I've received throughout the entire journey. And it's still continuing even with the stories that are shared.

So yeah that's me in a nutshell - though I've changed my mind - I won't be walking just for me, I'll be doing it for every other person I'm unfortunately sharing this journey with, the survivors, the fighters, for those who have gained their wings, for their families, friends and supporters.

This year definitely is epic. Because I beat breast cancer.